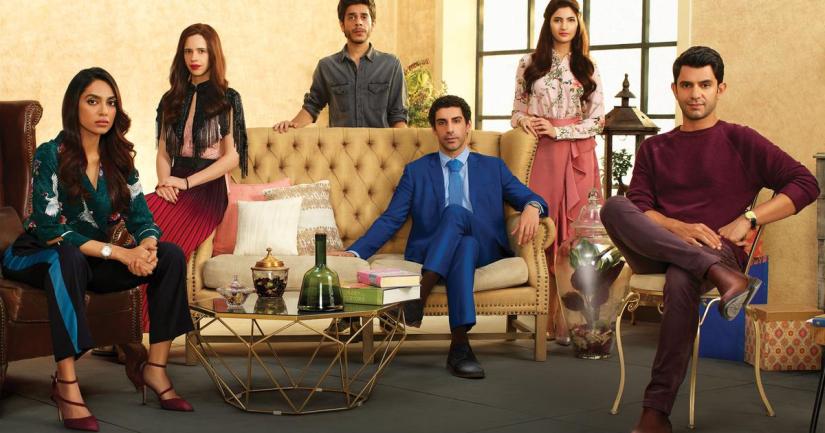 Last weekend, I binge-watched the first season of Amazon Prime’s latest original, Made in Heaven. The plan was to savour the nine episodes over at least nine days, but it got taxing when the story touched upon something personal right from the beginning. The series discusses several social issues relevant to India through the theme of high society weddings, and also narrates the struggle of LGBT+ people, in this case gay men’s. I’ll come to this in a little while, but before that, must I mention that Made in Heaven did something unique for an Indian production – portray social issues without being preachy.

The series takes a tour of a variety of characters and their struggles with either excess of wealth, or the desire for it. Topics such as dowry, sexual violence, honour killing, among others, treated in the most matter-of-fact way leaves the viewers unsettled. We see a Wharton graduate marrying a tree to respect archaic customs, a 60-yr-old being shamed by her kids when she decides to remarry, a retired colonel going bankrupt financing his daughter’s “happiest day,” among others. We see the narrator of this tale, videographer Kabir, question why should wedding be the most important day of a woman’s life?

Meanwhile, the irony of women’s complicity in gender-based crimes and prejudices have been depicted all too well in Made in Heaven. In another victory for this series, perhaps for the first time in an Indian production, female characters have taken the centre stage. Even at their diabolical best, the powerful women of Made in Heaven, be it Tara Khanna or Faiza Naqvi, know what they want and they will get it. The men, the straight ones at least, are more at the mercy of the “fairer sex.” The series being written around weddings may have something to do with this. Nevertheless, it’s a welcome change.

Now, on to the nugget that struck me the hardest. Made in Heaven’s writers have depicted the struggles of gay men with the honesty and clarity that at least I haven’t seen in India before. To be fair, they do have the advantages of an OTT platform to tell their story, but it’s so much more than just a few love making scenes, which by the way were quite well choreographed. The fact that it’s not just the external world that often fails to understand and accept gay men, but it’s also gay men who often self-sabotage their chances of happiness doesn’t get told very often. Made in Heaven’s balanced approach has depicted this brilliantly.

As the series ripens, Karan gradually realises that his biggest nemesis, so to say, has been within him all along. The one that refused him happiness and empowered the prejudices of the world outside. Karan’s tryst with love and trust by drawing a random man into his bed every night and then forcing him out the next morning is something that sadly many many gay men will identify with. Now, while one may argue that such an arrangement can be a conscious choice and doesn’t have to be all tragic, we do find a man, who has no trouble in winning the attention of beautiful men, cry out about how lonely he has been.

We find Karan pouring his heart out, something he won’t do in front of anyone he knows, to a stranger in his bed. When the stranger asks why is he telling him all this? Karan replies, because he will never see him again. This little exchange packs a tough punch. His quiet desperation for companionship and simultaneous fear of the same is perhaps the year-round theme of the gay community. Typically, police brutality is the lowest point of a gay story line, ironically in Made in heaven, it proved to be the high point that liberated Karan. Not to mention, the very public incident led to unexpected acceptance from his father.

Couple of things I’ll not tear into – (1) The character Govind or Ramesh Gupta, that is gay men who seek the “normal” life for personal reasons (and parents’ BP, weak heart, etc., are NOT among them, TRUST me), it’s a personal choice and one always pays; and (2) Break from the stereotypical portrayal of gay characters with Karan playing video games with his friends and such, since it has already been achieved in the recent past. Still, the casual approach with which homosexuality has been addressed in the series, even in its discretion, will be good education for the new and young audiences visiting OTT platforms.

My most favourite part of this series will remain the Karan and Nawab storyline. This is also something that I’m sure many gay men will identify with, as did I, and so will they recall the pain that the memories entail. The purity and fragility of young same-sex love and its imminent fate leaves strong imprints long after the series is done. So much so that when adult Karan and Nawab (who now has a husband) meet and end up sleeping together, you find yourself cheering for infidelity. Let’s see if Made in Heaven can inspire heart-to-heart among teens and their parents, for it saves lives when a gay kid is happy too.

1 thought on “Made in Heaven Rips The Gay Band-aid”